PETs are my Business

For a long time, I've been trying to get my hands on one of the U.S. PET 2001-B 'Business' series computers.  And boy are they rare!  I've seen at least two go through eBay, but over-confidence and under-estimations caused me to lose them. :(

But finally, I struck gold .. well, sorta.  A 2001B-16 turned up on eBay, but was advertised as non-functional.  It was still an opportunity worth taking, so I took it: 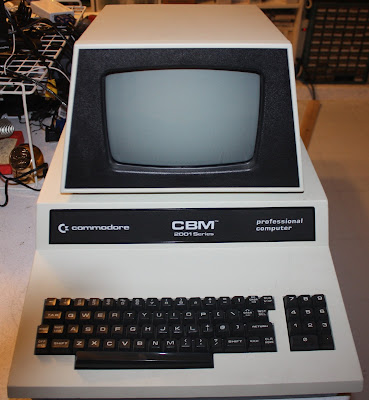 So, let's talk about this computer and what makes it unique!

At first glance, it appears to be just another PET with a 9" screen, just like it's Home series brother, the 2001N.  However, look closer and you'll see that the keyboard keycaps are not only different, but the entire arrangement of the keyboard has changed! There are no PETSCII graphic symbols on the front of the keys, the punctuation symbols and number keys are arranged together at the top row, just like a typewriter, and the numeric keypad is smaller.   This keyboard would go on to be used in the PET 8032 also.

Under the hood is another important difference.  The standard Editor ROM, which handles screen editor control and keyboard mapping, is replaced with a 'Business series' editor ROM, whose model number is 901474-01 (second rom from the left in the above picture).  This rom not only handles the new keyboard arrangement, but forces the computer to boot into Uppercase/Lowercase character set mode, instead of the Uppercase/Graphics mode the other PETs booted into.  The computer otherwise has the standard BASIC-2 Kernal and BASIC. 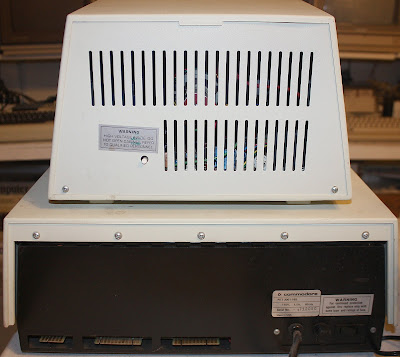 When I first got the machine, the computer did not boot, which the seller did warn me about.  Luckily, I had the Tynemouth 6502 PET diagnostics chip, v1.1! 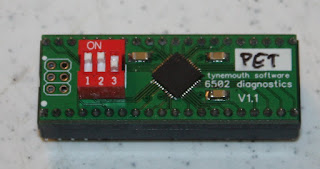 This chip replaces the 6502 on the motherboard, and performs several tests on main ram, video ram, and provides a hash and identification of the roms. 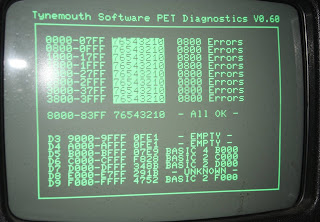 The first run showed the video ram and ROMs in good shape (the -UNKNOWN- rom is the business editor, which is pretty rare, and the BASIC-4 was just a silly add-in I removed later).  However, it also shows ALL of the main ram as DOA.  One or two bad chips, and I might have started replacing them, but when they are all gone like that, something more fundamental was wrong.

And I quickly determined that the 12V rail was grounded.  The 4116 ram chips require +5VDC, -5VDC, and +12VDC.  So, starting at the regulator, I began removing and testing every damn component in the 12V circuit. 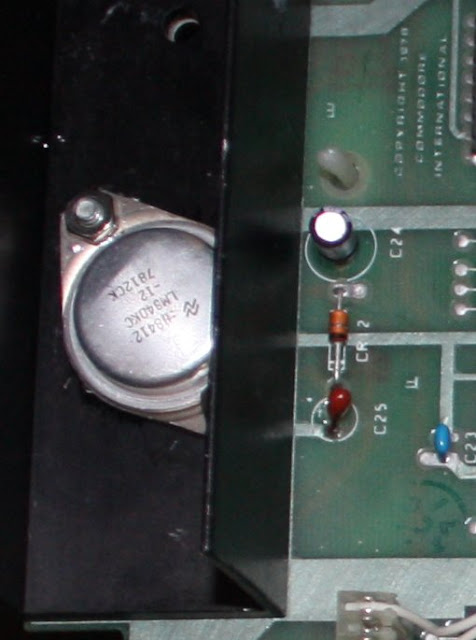 First up was this regulator, and the two caps and diodes you see here around C24 and C25.   The electrolytic was out of spec (it's a 47uF, but reported 68uF), so I replaced it with a high quality long-lasting modern one that was closer to spec.  Still, none of the components were shorted, so I followed the 12V rail down to the ram.

The 4116 ram chips I desoldered, socketed, and then re-inserted, after checking each one for a short at the 12V pin.  I broke one of the 4116s during this process, but had plenty of replacements.  Otherwise, I kept the original chips.

Next, on the advice of a friend, I moved to the tantalum capacitors (the larger blue caps on the LHS and RHS -- not the tiny blue ones next to the ram).  Turned out that was it!  TWO of the three tantalum capacitors I removed were shorted.  I therefore replaced all three.  The Tan colored capacitors you see intermingled with the blue ones were the ones I replaced. 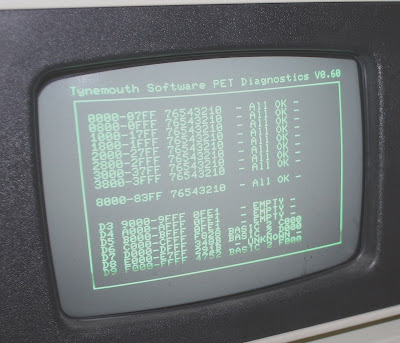 And Walah! Now I have working RAM! Woohoo! You can see from the test screen that I also removed the silly BASIC-4 chip I had added for no reason other than the socket looked lonely. 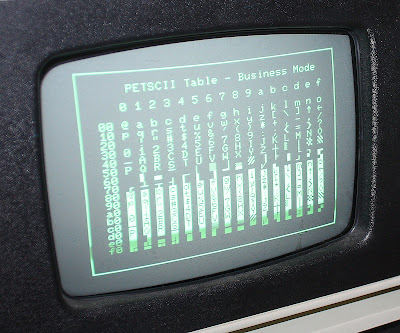 You can see the char rom test is also good.

However, when I put the working 6502 processor back in, the computer still would not boot!

For giggles, I next tried the "PET tester ROM", which replaces the standard PET kernal instead of the processor, and runs a few simple memory tests. 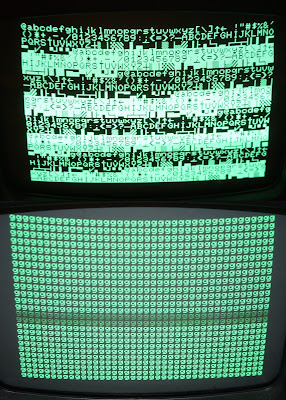 As near as I can tell, those also came back with good results.

So, well, I thought about it.  When the computer starts, the CPU is reset, and it reads a location from the Kernal ROM at the bottom of memory and starts executing code.  So the CPU needs to work, and the Kernal needs to be readable.  Since the Pet Tester ROM test worked, I know it is doing those things.  After that, it will starting writing to main ram, and eventually screen ram.  I know all the RAM is good also, and that the CPU can read from and write to it.  What else does the PET do on startup?  I wasn't sure, but I imagined it also had to initialize the I/O chips so it can read from the keyboard. 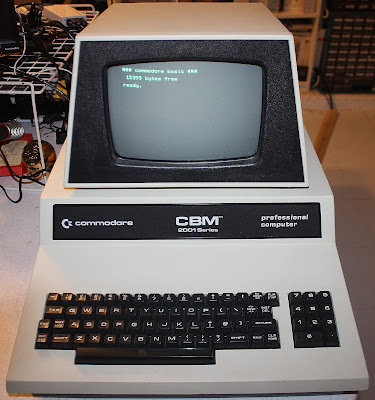 And they lived happily ever after!

Posted by Bo Zimmerman at 11:56 AM No comments: