Welcome Back to Planet Zelch

Around 1983, I got my first modem: the Commodore VICMODEM.  It allowed me to discover a world that would enthrall me for the next decade: the world of Bulletin Board Systems (BBS).  For those who don't know, a BBS was a computer-to-computer service, run by ordinary people on their public phone lines.  To the users who called in, BBSs provided message forums, email, file downloads, chat, online games, and often an art gallery. 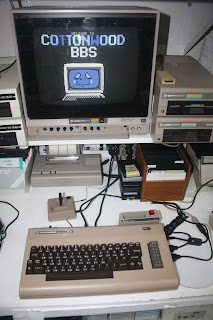 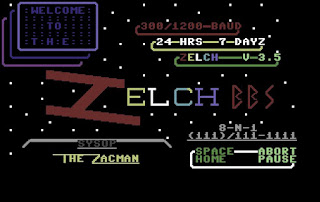 Unfortunately, in 1993 my years of BBS-ing came to an end. I went off to college and discovered the internet, which replaced the venerable BBS, both for me as well as everyone else.

In 1996, however, it all came back for a brief encore.  I was a grad. student working for the Computer Science dept. at SWT University, where we had a room full of  Slackware Linux machines, all online.  With lots of help from some friends back in Tucson, we managed to put Zelch 128 back online, but in a new way. Instead of a modem and phone line, the C128 user port was wired directly to the serial port on the Linux machine.  When a user logged into to the Linux machine from the internet via Telnet, they would automatically be put into a serial terminal program (minicom), which would communicate with the C128 as if it were a modem connection.   A Commodore Telnet BBS!  [ Read the C= Hacking article about that here, and the article in Driven here. ]

However, even this ended when I graduated at the end of 1996. 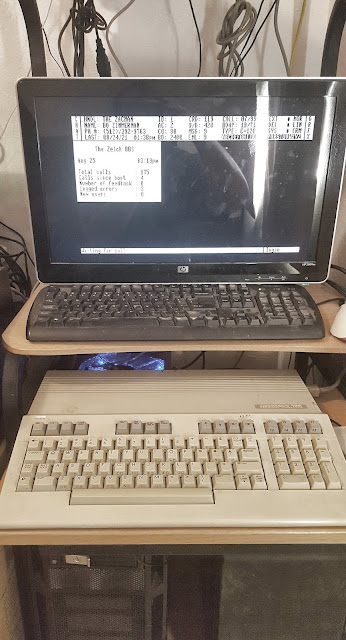 Now, fast forward to 2021, and a lot has changed.  Instead of floppy drives, the best high-speed storage peripherals are sd-card based, such as the SD2IEC.  And instead of Linux boxes, wireless internet "WiFi" modems that hook directly to the Commodore 128 user port solve the same problem.  My interest in the later spawned my WiFi Modem firmware "Zimodem", as well as the plethora of 8-bit internet software, including new terminal programs for GEOS.

When I received a nicely working C128 as a donation a few weeks ago, I decided it was time to revive, once again, that old telnet BBS from 1996. 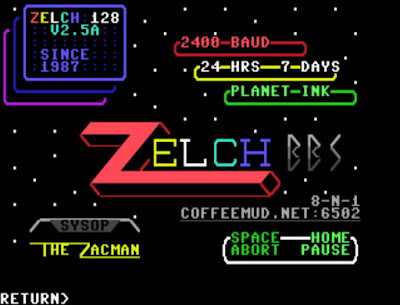 So, if you'd like to give it a try, you can connect to it at coffeemud.net, port 6502.  The best way is from a real Commodore 8-bit computer, such as the C64, C128, or Plus/4, using your own WiFi Modem.  For Windows users, there is also CGTerm or SyncTerm.

Stop by when you can, and behold this microscopic internet-before-the-Internet that consumed my attention and interest for so many years.