So, believe it or not, work continues on the C64Net WiFi Modem firmware.  Especially since the same firmware is being used in a traditional RS-232 version of the modem based on the ESP32 module. 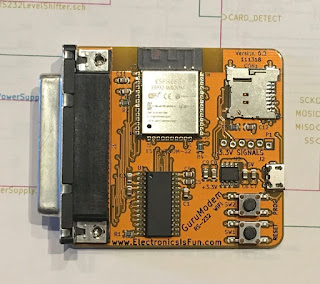 Lately I've been recapping Amigas with a fellow from the CTCUG group.  That's been going pretty well.  I've been practicing on spare Amiga 600 boards, of which I had 3 non-booting boards.  All 3 began booting after the recap, which is amazing happiness.  Once I've recapped all my spare boards, I'll move on to the computers in my collection. 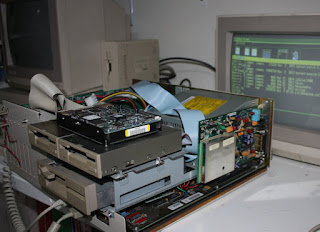 Some lessons I've learned:
1. You can use hot air to remove surface mount caps with tin-foil to isolate the cap and the damage, but be super-careful not to disturb nearby components for several minutes after removing the hot air.  Easier is to use a wire cutter to cut into the cap from the top, being sure not to pinch along the same line as the solder contacts, so as not to pull a trace.  When the cap is cut away, it is easy and safe to de-solder normally.

2. Remove those tiny-legged through-hold electrolytics with a soldering iron on max heat by applying heat to the bottom pin while carefully pulling that pin up through the board.  Once you've exposed the top-side of the pin, resume pulling it up from the top of the board to make sure you aren't pulling up any traces on the top.  Then repeat for the second pin.

3. Clean the area with alcohol and q-tips afterwards, and carefully clean the through-holes with solder-wick.

4. When applying the surface mounted caps, do one leg at a time after tinning the pads.

5. Check the smd caps for a short afterwards.
Posted by Bo Zimmerman at 2:24 PM No comments: