When I first heard about the "Commodore 64 'Aldi'", it did not strike me as anything of particular interest to a collector.  The distinguishing feature of the computer, judging by the name at least, was that it was sold in a chain of stores in Europe.  Big Deal! Does that mean there's something interesting about having a Commodore 64 'Sears' or a Commodore 64 'Toys R Us?'.  Of course not.

And then, while perusing the sites of some European collectors, I discovered that the 'Aldi' always had a White 64C keyboard in its brown Breadbox case, and that it actually contained the same "short board" found in the 64C.  Now that's something a C64 'Sears' can't claim! So, while the notion of getting another PAL C64 did not overwhelm me with excitement (they are tricky for me to use here in the 60hz NTSC-dominated U.S.), I got interested enough to get one.  After chatting with the accommodating Stefan Walgenbach in Germany, we reached an agreement, traded some things, and I ended up with a a brown Breadbox PAL C64 with a short-board, in the original box! 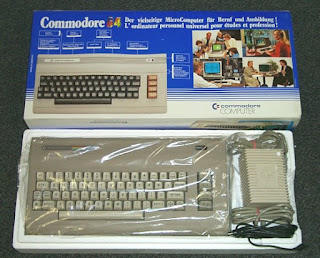 Now, a decade goes by, and I end up in a discussion with a fellow on AmiBay about the 'Aldi' computer he has for sale.  "It's Genuine!" he says, because "it's not one of those West German made look-alike C64s that came later!"  So, there's a Look-Alike 'Aldi'?  And how the heck would he even KNOW?  I mean, No One keeps their store receipts when they buy these things, so who could have confirmed that THIS white-keyboard-brown-breadbox-short-board-64 came from the Aldi stores, but that one did not? 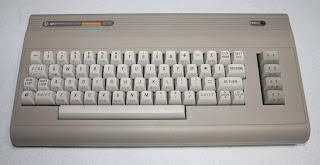 This led me to exchanging an email or two with a fellow in Germany named Stefan Vogt, who has apparently made a hobby out of gathering information about the Aldi, and through his Extensive Research, learned more than a few fascinating things about this computer that made it indeed worthy of the attentions of a Commodore enthusiast, especially if the 64 is your thing.


So, needless to say, I took the guy on AmiBay up on his offer. 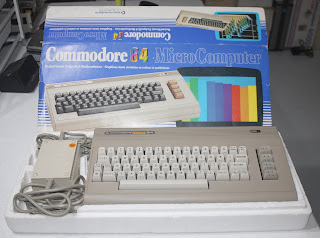 Now, given all the information I'd been absorbing, I immediately endeavored to inspect and confirm some of the information I received.  Aside from the obvious 'Aldi' appearance, the first thing I confirmed is that, Yes, this German PAL computer was actually made in the U.S.   Also, something I'd never noticed before is that even the rubber "feet" of the computer are 64C white instead of the normal breadbox Black. 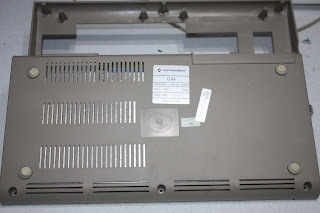 Next was to pop open the case and inspect the motherboard.  While attempting this, I confirmed that no previous owner had ever opened this case.  None.  Ever.  How do I know?  Because it took me a dadgum hour to get the case off after removing the screws -- the plastic latches were so tightly gripping the inside of the case that I had to carefully jimmy them lose with a tiny screwdriver to avoid damaging the case.

But once it was open, sure enough, I found it had the earliest known revision of the short-board c64 motherboard. 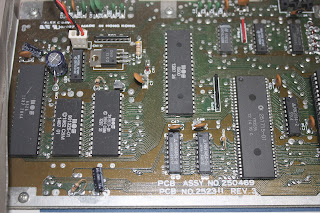 Further inspection of the motherboard shows that, indeed, there is a 2114 RAM chip present on this board that is  not found on the later Rev B motherboards.  You can see it below, it's between the VIC-II 8569 (dead center), and the larger PLA/integrated chip to the left of it.  As that chip is also seen in Rev.4 and Rev.A motherboards, I guess it wasn't integrated until the (final?) Rev.B boards.

Of course I also made sure the computer itself worked OK.  My PAL->NTSC converter does not exactly give a clean picture, but it was enough to see that the computer was working.  I also retr0brighted the keyboard, though it didn't need much.

In conclusion, I've definitely learned some interesting things about the later history of the Commodore 64.  Stefan makes the case for the extreme rarity of the 'Aldi' C64, and he may be right.  Although white-keyboard-brown-breadbox-short-board C64s seem at best uncommon, and Rev.3 short board motherboards have been found in all kinds of later C64 cases, including the C64-II/C64C., perhaps it's the strange combination of these things, reflecting an important transitional period in C64 manufacturing, that makes the 'Aldi' a special computer to make so much fuss about.