In 2003, a kind German fellow named Claus Schoenleber helped me get my hands on a pair of prototype Unix machines built by Commodore around 1984-85.  One was a server (the Model 1) and the other a workstation/client (the Model 2).  Because of the issues I had with them, it would take until very recently to get them working, and require the help of many, using teamwork only the internet could make possible.  That's the story for today.

The C= engineers referred to these machines internally as "Z Machine" for their Zilog Z8000 chipset, but would be marketed as the Commodore 900. 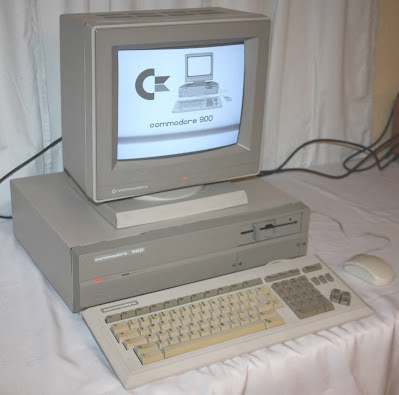 It was rough being a software guy who collected old hardware in the early 2000s.  My knowledge of basic troubleshooting was very weak, and the internet was still mostly a desert for a niche hobby like this.  As excited as I was about getting these machines, I quickly realized that their problems, and even their requirements and basic usage, were beyond my understanding.

Last year though, thanks to some encouragement from my friends at the Commodore International Historical Society and the Central Texas Commodore Users Group, I decided to apply all I'd learned in the intervening years and see what I could do with them. 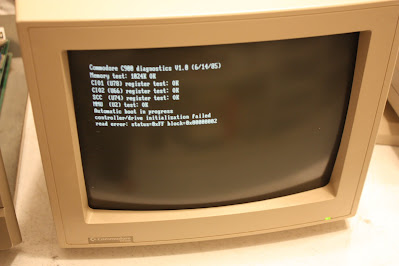 The Model 1 (server) was the first one I tackled, as its power supply seemed functional.  At first, the issue was just figuring out what kind of video it generated, but experimenting got me around to this simple monochrome PC monitor, which gave me a first glimpse of the machine in action. Unfortunately, the hard drive clearly had issues, so this was as far as I got.

In 2020, I was able to chat with a fellow named Santo who had a Model 2 he had gotten working, so I decided to give that one a shot.   The power supply in that machine was non-functional, and the best efforts of my friends at the Central TX Commodore Users group to help me diagnose and repair it had progressed slowly. 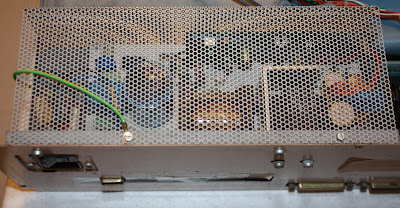 But then Dave from the Commodore International Historical Society, whose interest in these machines knew no bounds, offered to send me a near-identical power supply from a U.S. Commodore PC-10 to get it working. 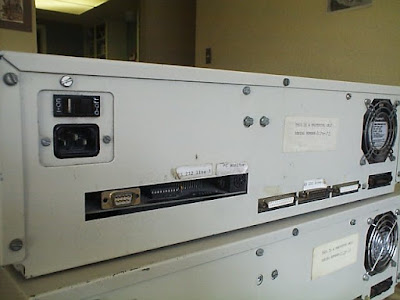 That was only the beginning though.  You see, the Model 2 had a proprietary video standard to achieve its 1024x800 resolution, which means having a one-off monitor that didn't even have a known model number.  I also lacked a video cable, and its 220V requirement was certainly an inconvenience. 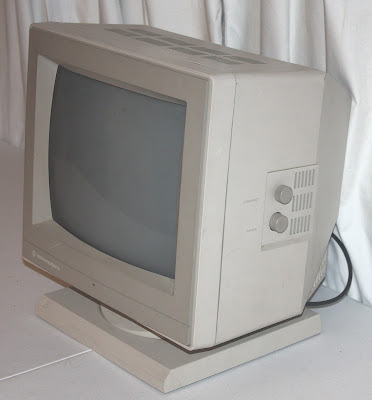 Santo to the rescue though!  He had discovered a jumper in his own monitor that allowed it to accept 110V, and when my home-made video cable still failed to produce a useful signal and I discovered that one of the wires inside the monitor had become disconnected, he photographed his own board to help me figure out where it was supposed to go. 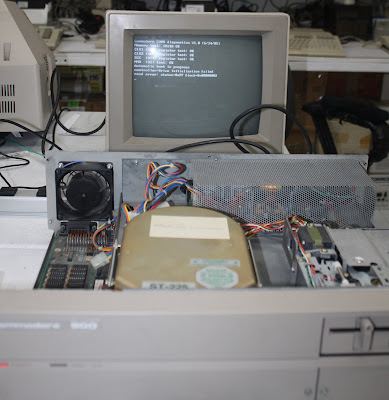 And walah!  We have video!

And this is where new problems began to surface:  the hard drive was unreadable, and the boot sequence reported memory errors. 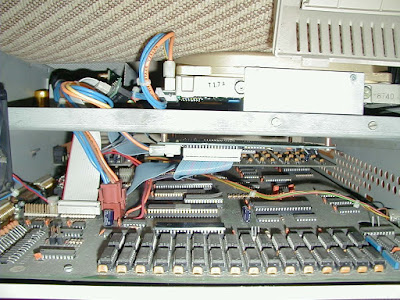 The computer has 32 individually socketed 41256 ram chips, and the brilliant engineers at Commodore were kind enough to more or less report exactly which chip it was failing on the boot screen.  Well, sort of.  Either way, some experimental swapping with good replacement chips ended up fixing the memory issue. 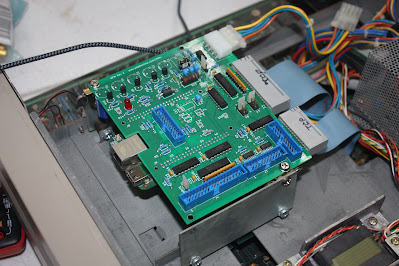 The bad hard drive was a tougher problem.  But Santo to the rescue again.  He pointed me at the fine folks at pdp8online.com/mfm who produce a remarkable board capable of both hosting a working MFM hard drive for imaging, as well as emulating one using locally stored image files.  Since my own hard drive was unreadable, I used a hard drive image he had taken of his own installation. 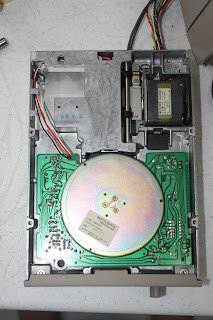 Of course, now there were new problems.  The X-Windows-Like GUI desktop software required a C900 mouse, which I did not have, and the floppy drive with its proprietary format appeared unable to format a new floppy or read known-good ones.

And then even the keyboard started crapping out on me.  Luckily, the C900 can use a standard PC keyboard, which Claus had included in his shipment.  I also later discovered that the C900 keyboard was fine, and that it was a stuck key that was not visibly-stuck causing it to fail to boot. It was that ugly wide skinny stop/continue button in the upper-right. 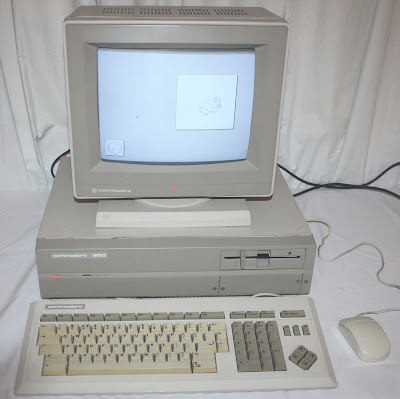 After the keyboard, I tackled the mouse issue.  Mr Santo provided me detailed photos of his own mouse, so I went to the schematics and prepared to build one from scratch using, perhaps, an old Amiga mouse as a base.  To my great delight, however, I discovered that the pinouts for the two were identical.  The C900 mouse *IS* an Amiga mouse.

Now I was in business.  I spent the better part of a month playing around with the demo software, using its Kermit terminal to do some wifi modeming, writing some little utilities in C, learning the cryptic keys of Emacs, and otherwise enjoying the machine.  You can see some videos of the demos here, and here.

But eventually I wanted to revisit the Model 1/Server machine.  If you recall, it had a bad hard drive.  Well, I discovered the hard drive issue was merely intermittent, and I already had a good long-term solution when dealing with the Model 2, namely the MFM emulator.  And so... 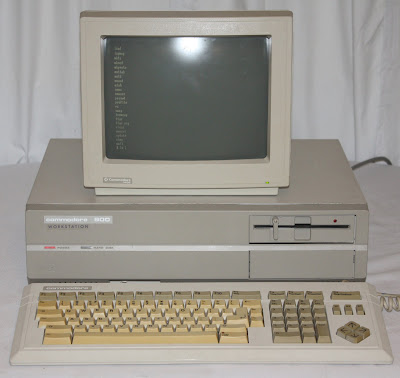 18 years was a long time to wait to finally see these machines happy and functioning again, but definitely worth it.   2020 may have been the worst year ever, but for a shut-in Commodore collector: not so bad!  And definitely a team effort that only good hearts and the power of the internet could provide.

I hope you enjoyed my little journey.  Until next time...